If you search “Chinese water pump seals suppliers” in Google, the results on the first page will show like this:

Yep, We are also.

Obviously, each mechanical pump seals supplier wants to have such titles on his company’s website.

But personally, those content has no value, because it can not help you make the right decisions.

I bet you will love it.

In China, all major water pump seals manufacturing hubs have 5 things in common, which are: 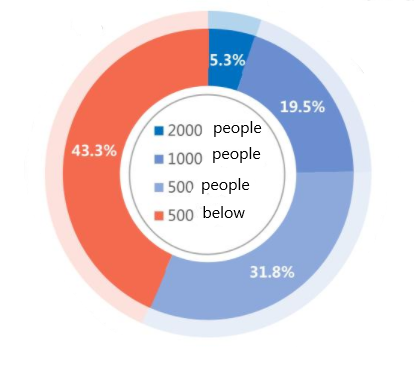 This does not mean that you can choose one at will. Each water pump mechanical seal manufacturing city has its own advantages. Learn that information can help you quickly choose the water pump seals suitable for you.

Ningbo is located on the southeast coast, in the middle of the coastline of mainland China. It is the first batch of coastal open cities, one of the five regional centers of the Yangtze River Delta, and the economic center of Zhejiang Province.

Ningbo is the exit to the sea at the southern end of the Grand Canal in China, and it is a typical seaport city.

The representative Ningbo Port of Ningbo was rated as the "Five Best Ports in the World" by the authoritative magazine in the international port and shipping industry-British Container International.

When people talk about the Chinese water pump seals, Ningbo is always mentioned. Therefore, it is the undisputed leader of the entire industry.

However, in recent years, Ningbo has been plagued by rising labor prices like other coastal cities in China.

Therefore, if you want to buy cheap mechanical seals for water pumps, Ningbo is no longer a wise choice now.

The following are the most famous water pump mechanical seal manufacturers (in no particular order):

Ningbo Fit Pump is an advanced fluid designer & manufacturer. It carries out a wide range of cooperation with domestic and overseas research institutions and provided European, American, and domestic famous enterprises with supporting services.

It began as a small start-up in 2000. Through 20 years of development, WenDong has a manufacturing facility is 80000 square feet, over 40 employees, an engineering team, and complete production equipment and production lines.

It is established in 1992, and previously called Ningbo Dongya Mechanical Seal Manufacturer. Donglian has a national high-tech enterprise with provincial research and development center, ranked on the top of the same line in the research, development, and production scale. It has a coverage of 32000 square meters, a building area of 28000 square meters, and an existing Staff of over 300.

The predecessor of Ningbo Tiangong was Ningbo Industrial Seals Factory, which was established in 1984, and was renamed in 2011. Its plant area is 15,000 square meters, and the annual average production of mechanical seals is 3 million sets. With 138 employees, it is a national high-tech enterprise specializing in R&D, design, production, and sales of mechanical seal products. Since its establishment 36 years ago, Tiangong has been paying attention to product research and development and actively learning from global advanced peers, accumulating rich design experience.

Xingtai, under the jurisdiction of Hebei Province, is an advanced manufacturing base and logistics hub in central and southern Hebei.

Here are the most famous manufacturers:

It was founded in 1998 and is a professional manufacturer of automobile oil seals, semi-trailer oil seals, and mechanical seals. Changnai covers an area of more than 700 square meters, has special equipment such as vulcanizing press, injection molding machine, punch press, hydraulic press, lathe, etc. Besides, it strictly controls the quality and has excellent products.

The predecessor was "Xingtai Pilot Mould". Since 1990, it has set up a factory and began to process rubber molds, serving rubber products processing companies in the surrounding areas of central and southern Hebei. It is now the largest local mold processing company.

Wenzhou has a long history with more than 2,000 years of history as a city.

It is famous in history for papermaking, shipbuilding, shoe leather, embroidery, and lacquerware. Wenzhou is also one of the birthplaces of Chinese celadon.

As one of the three central cities in Zhejiang Province, it is the pioneering area for the development of China's private economy and the forefront of reform and opening up.

Wenzhou is the cradle of Chinese mathematicians, and Wenzhou people are called Oriental Jews by the Chinese.

By the end of 2020, a total of 204 countries and regions have established export and import trade relations with Wenzhou City, and 5828 enterprises have the right to import and export operations.

However, the biggest problem in Wenzhou is that the development of Wenzhou has become saturated. Wenzhou's various manufacturing industries are in a period of dividend development after 2000, with rapid development.

However, in recent years, the development of factories is not as good as that of enterprises in Jiangsu, and the machinery and equipment used are not as advanced as those in Jiangsu.

Here are the most famous mechanical shaft seal manufacturers：

It is a manufacturer specializing in the production of light, medium, and cartridge mechanical seals. All kinds of products are widely used in petroleum, chemical, light industry, water supply and drainage, and other fields, and can design and manufacture imported equipment seals for localization according to user needs.

Over the years, It has been dedicated to the integrated management of the development, manufacturing, and sales of mechanical seal products. The company has domestic first-class design, process professional and technical personnel, advanced professional production equipment, and testing methods.

Dongguan is the beginning place of modern Chinese history and the forerunner place of reform and opening up. It is also an important transportation hub and foreign trade port in Guangdong.

As the first of the "Four Tigers in Guangdong", Dongguan is known as the "World Factory".

With a strong manufacturing industry and a complete industrial system, Dongguan is one of the largest manufacturing bases in the world.

The total output value of the manufacturing industry accounts for more than 90% of the total industrial output value. Among them, the electrical machinery industry is a pillar industry.

Located at the estuary of the Pearl River, Dongguan has the main port-Humen Port. It is a first-class port in China, open to ships of foreign nationalities. And there are direct passenger and cargo ships to Hong Kong every day.

In addition, Dongguan also has the most skilled workers and the most advanced factories in China.

Taking advantage of these favorable conditions, Dongguan's mechanical seals have been purchased by many high-end automobile manufacturers and water pump manufacturers around the world.

However, due to the rapid economic development in coastal areas such as Dongguan in recent years, labor costs have increased.

Therefore, the price of mechanical seals in Dongguan is higher than that of seals in other parts of China.

If you want to buy cheap mechanical seals, Dongguan is not the best choice.

The following are the most famous water pump seal manufacturers：

In the past, Zigong was one of the richest cities in China because of its salt production.

Zigong City is the first place in the world to develop and utilize natural gas, and it is also the earliest industrial town in Sichuan Province.

Zigong has a national new material industrialization base and a number of well-known national research institutes. And machinery, chemicals, salt, and new building materials are the pillar industries.

Because it located in the deep inland areas of China, the merchants here are mainly engaged in domestic trade rather than international trade.

The local machinery industry in Zigong develops better, so it is basically self-produced and sold. This also allows Zigong's mechanical seals to have a relatively good sales volume in the country.

However, if you want to purchase here, I must remind you to consider one thing - high logistics costs.

Because it is located in the Sichuan Basin, the export of products needs to be shipped to coastal ports. This will greatly increase the transportation cost of the product.

In any case, here you can also find many excellent mechanical seals suppliers:

Founded in 2006, it covers an area of 14,000 square meters. It is a high-tech enterprise specializing in the technical research and development of mechanical seals and general mechanical seals, as well as product design, production, and sales. Its pump mechanical seals have been widely used in chemical, electric power, metallurgical and other chemical industries, and are well received by users, and have established a good reputation in the industry.

The company was founded in 2000, covers an area of 42,900 square meters, and employs 110 people. It is committed to becoming a pioneering company in the world's cutting-edge sealing technology, mainly producing seals for petroleum and petrochemical, aerospace, mining, fine chemicals, military, medicine, electric power, machinery and metallurgy, steel, and ships. 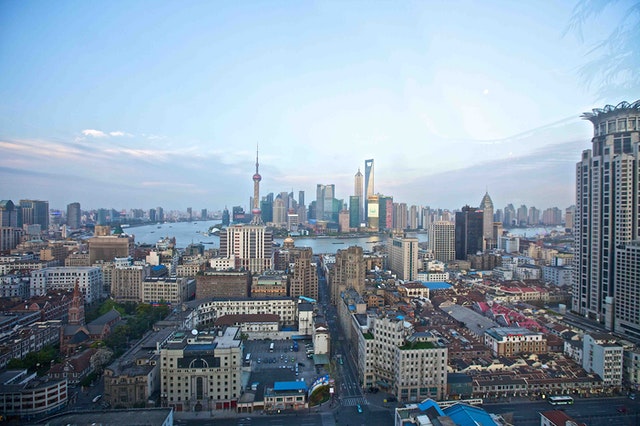