The failure of mechanical seals is generally known to people after abnormal leakage, abnormal wear, abnormal torque and other phenomena appear. The reasons for the failure are rough as follows:

1. The sealing surface is open

At the same time, there are solid particles between the shaft (sleeve) and the sliding parts, which affect the sliding of the rubber ring or the moving ring (relative to the dynamic seal point, a common fault). In addition, the medium will also produce crystals in the friction part of the rubber ring and the shaft (sleeve), and there will be solid substances in the spring, which will open the sealing surface.

The heat between the sealing surfaces will also cause the crystallization of the medium, such as carbon formation, causing the sliding parts to be stuck and the sealing surface to be condensed. Moreover, some polymers are coked due to overheating, and some fluids lose lubrication due to overheating and even flash fire. In addition to changing the condition of the medium, overheating can also increase the corrosion rate of mechanical seals. It can cause deformation of metal parts, cracking of alloy surface, and cracks of some coatings. The design should select a balanced mechanical seal to reduce the specific pressure to prevent overheating.

The correct assembly tolerances are necessary for installing mechanical seals. The shaft (sleeve) must have the right surface roughness and the right size. However, manufacturers rarely provide tolerance data, which is critical for installation. (Rely on experience and common sense). The dimensional accuracy and form and position tolerances of the mechanical seal must meet the requirements of the drawings. Excessive tolerance will cause premature seal failure.

For the graphite ring (moving ring) of poor quality, there are more pores inside. This is because, during the manufacturing process, the gas accumulated in the graphite expands to blow out the carbon particles. Therefore, the carbon particles of this low-quality graphite ring are easy to fall off when the seal is activated, and the sealing surface sticks when the seal is disabled.

The cracks of the graphite ring (moving ring) are caused by the vibration of the transmission parts, the expansion of the rubber ring, and the internal stress of the graphite ring itself, and the coking is caused by high temperature. This is common in high-temperature thermal oil media in refineries. Several strong oxidants, such as fuming sulfuric acid, nitric acid, hydrofluoric acid, sodium hypochlorite, aqua regia, and hydrogen peroxide, have corrosive effects on graphite, and their corrosive effects increase with the increase of temperature. 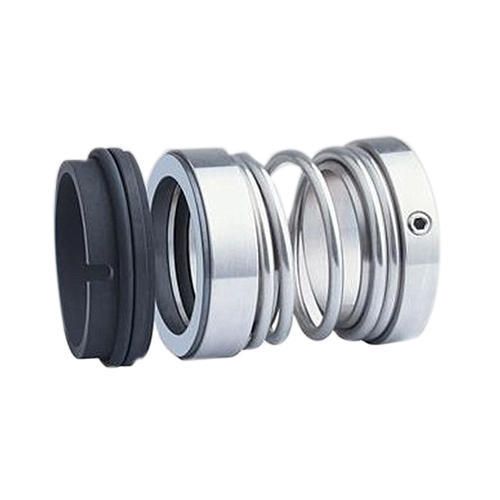 Usually, the overheating of the surface of the hard ring (stationary ring) will cause severe wear of the sealing ring, such as a vertical pump without cooling. Under high temperature, high pressure, excessive spring compression, and excessive shaft string movement, all those conditions will cause transitional wear of the sealing surface. There are four signs to pay attention to when checking the hard ring surface:

(1) The ceramic ring is broken;

(4) The peeling of the coating.

Too tight assembly of the ceramic ring is the main cause of cracking, and improper assembly is also a common cause.

The failure of the rubber ring is related to the way of use. Usually, high pressure is one of the reasons for the failure of the pressed O ring. When the O ring becomes rectangular or the ring becomes hard, the amount of compression needs to be adjusted, otherwise, it will generate heat. Therefore, it is necessary to understand the operating temperature of the synthetic rubber. The swelling of synthetic rubber rings is mostly caused by chemical attack. They all have their own characteristics. For example, fluorine rubber is resistant to higher temperatures, while ethylene and propylene O rings will swell when used in petroleum lubricants. Rubber has a corrosive effect, so do not install nitrile rubber products in the motor. Therefore, high temperature and chemical corrosion are usually the main reasons for the hardening and cracking of rubber products.

The rubber parts are cut and scratched on the surface during installation, which is also a common reason for seal failure. The old fixing screws, keyways, spline shafts, sharp shoulders, and other signs on the shaft will damage the rubber parts.

Here, the following points need to be added for the signs of wear on the sealing surface. Checking for signs of wear can help analyze failures.

1. The wear scar is widened: It indicates that the pump has a serious misalignment.

(1) The bearing is damaged;

(5) The coupling is misaligned;

(6) The pipe is severely deformed;

(7) The static sealing ring is inclined.

3. No wear marks: It means that the sealing surface is not bonded. Check whether the compensation mechanism such as the spring is slipping or obstructed.

4. The sealing surface has no wear marks but bright spots.

The warpage of the sealing surface will show bright spots without wear marks. If the pressure is too high, the gland bolts are not screwed or clamped, or the pump surface is rough, bright spots can be formed. When the gland with two bolts is used, its rigidity is not enough, and deformation is also a reason for the formation of bright spots.

The appearance of this symptom indicates that the seal may leak as soon as it is activated. 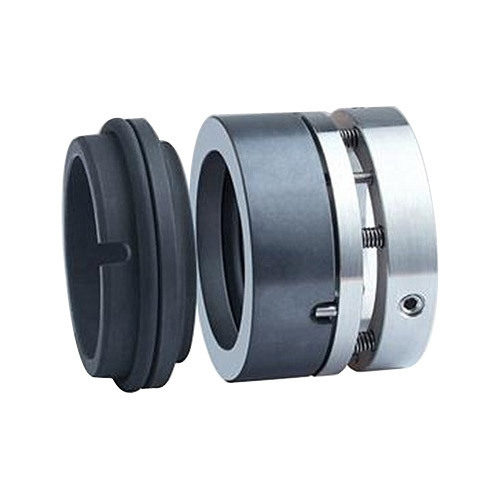 5. There are cut edges on the sealing surface

Sealed metal parts, such as springs, fixing screws, transmission parts, and metal sleeves, may become the root cause of seal failure. Corrosion of springs subjected to alternating stress is its primary problem because metals will corrode rapidly under stress, stainless steel springs are susceptible to stress corrosion by chlorides, and there are many chlorides in the world, so there are foreign departments recommend not to use stainless steel springs, but to use springs made of Hastelloy steel with higher corrosion resistance. In addition, spring fatigue caused by the improper assembly is another cause of failure.

Do not use hardened materials to make fixing screws for mechanical seals, because heat treatment will reduce the corrosion resistance of the metal, and softer fixing screws that have not been heat-treated can be fastened to the shaft. Vibration, deflection, and misalignment will wear the transmission parts. For example, when the sealing surface is stuck when it is started, the transmission parts will bend or even be damaged, and the heat generated by friction often aggravates corrosion. The wear marks on the outer surface of the metal sleeve may be caused by solid particles entering the sleeve from the sealing side, which interfere with the follow-up ability of the seal. It may also be caused by skewness and disagreement.

Metal needs to change its color during the temperature rise. When using stainless steel, pay attention to the color at the following temperatures.